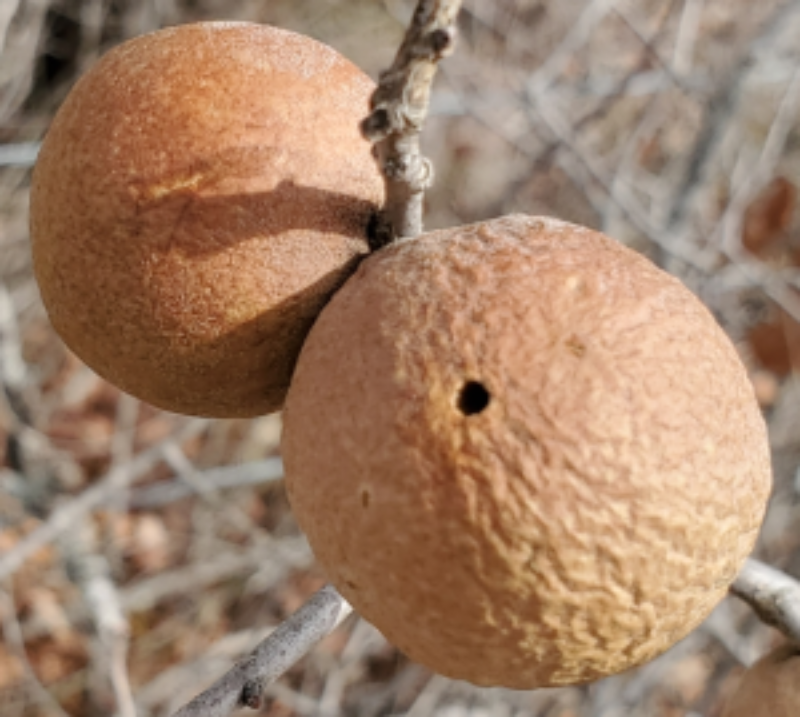 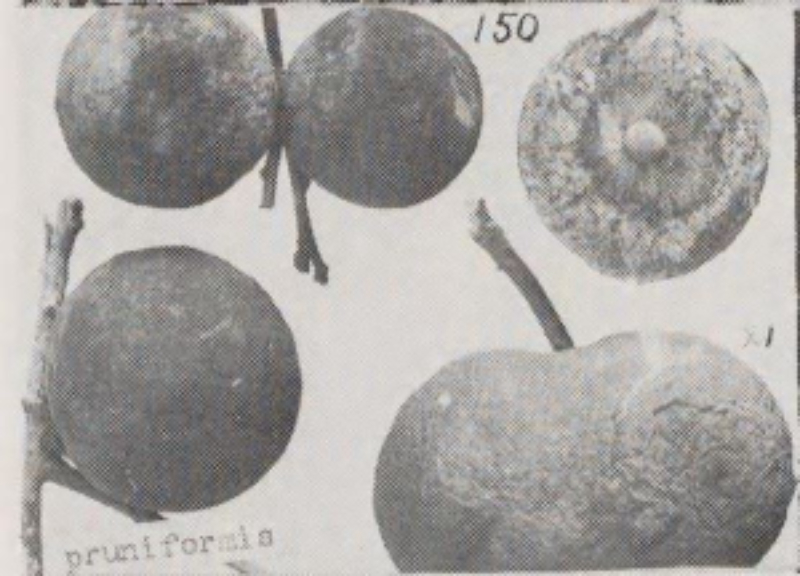 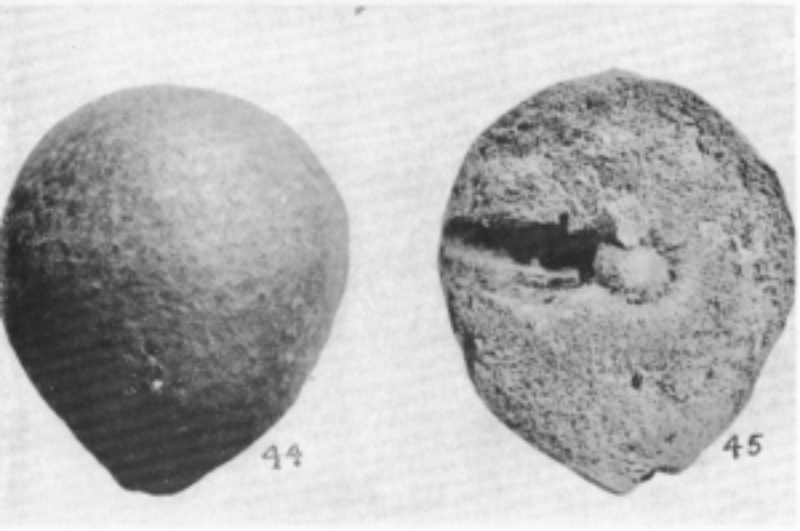 Our ID Notes may contain important tips necessary for distinguishing this gall from similar galls and/or important information about the taxonomic status of this gall inducer.
New species and synonymy of American Cynipidae
“

GALLS.-About the size and shape of a small plum (Figs. 44 and 45), yellow to reddish brown. Monothalamous. Somewhat elongate, broadest nearer the apex, more pointed toward the base, about 2.8 X 2.1 cm., light yellowish brown, broadly tinged with reddish brown, most likely entirely smooth while alive, but the thin skin becoming slightly rough by shrivelling on drying. Internally filled with a compact, not solid mass of yellowish, crystalline, sawdust-like material, only slightly approaching a woody fiber structure around the larval cell which is central in the gall, thick-shelled, and closely imbedded (at least in the dried gall) in the surrounding tissue. Attached on the side of the young twig, at the one-year node, on"post-oak."

The galls, though bearing separate numbers, had been placed together with galls of Amphibolips gainesi, and the galls of the species are superficially similar, but the gall of D pruniformis differs in not being perfectly round and in being colored yellowish and reddish brown.